Documentary
The group worked for more than a year on the research and shooting of the documentary. I assisted in gathering drone footage, storyboarding scenes, setting up shots, writing interview questions, scheduling and conducting the interviews. I learned the basics of filming and editing, as well as building a repartee with interviewees to gather as much information as possible. The research I was involved in was far more extensive than filming, as I participated in ride-alongs through the West Side of Columbus, joining Flores as she helped trafficking victims on the streets.
Below are teasers of the documentary and a peek at the footage we gathered.
Documentary Premiere Marketing
To promote the premiere of the documentary, we conceptualized a marketing strategy focused on guerilla-style posters and a booklet of "Reflections." I created the imagery for this campaign based on police investigation boards typical of crime television, to show the convoluted twists and turns of the human trafficking epidemic, as well as the dichotomy of the local problem vs. the bigger, national issue.

To create this look, I constructed a real, 5 foot by 7 foot investigation board using string, tacks, and newspaper clippings featuring articles related to the human trafficking epidemic in Columbus and around the country. I then photographed and edited the images to be used in a triptych of posters that would be hung around wealthier areas of Columbus - like the Drexel theatre in Bexley. The posters would all contain a QR code, and when scanned, the user would be taken to the website and trailer for the documentary. 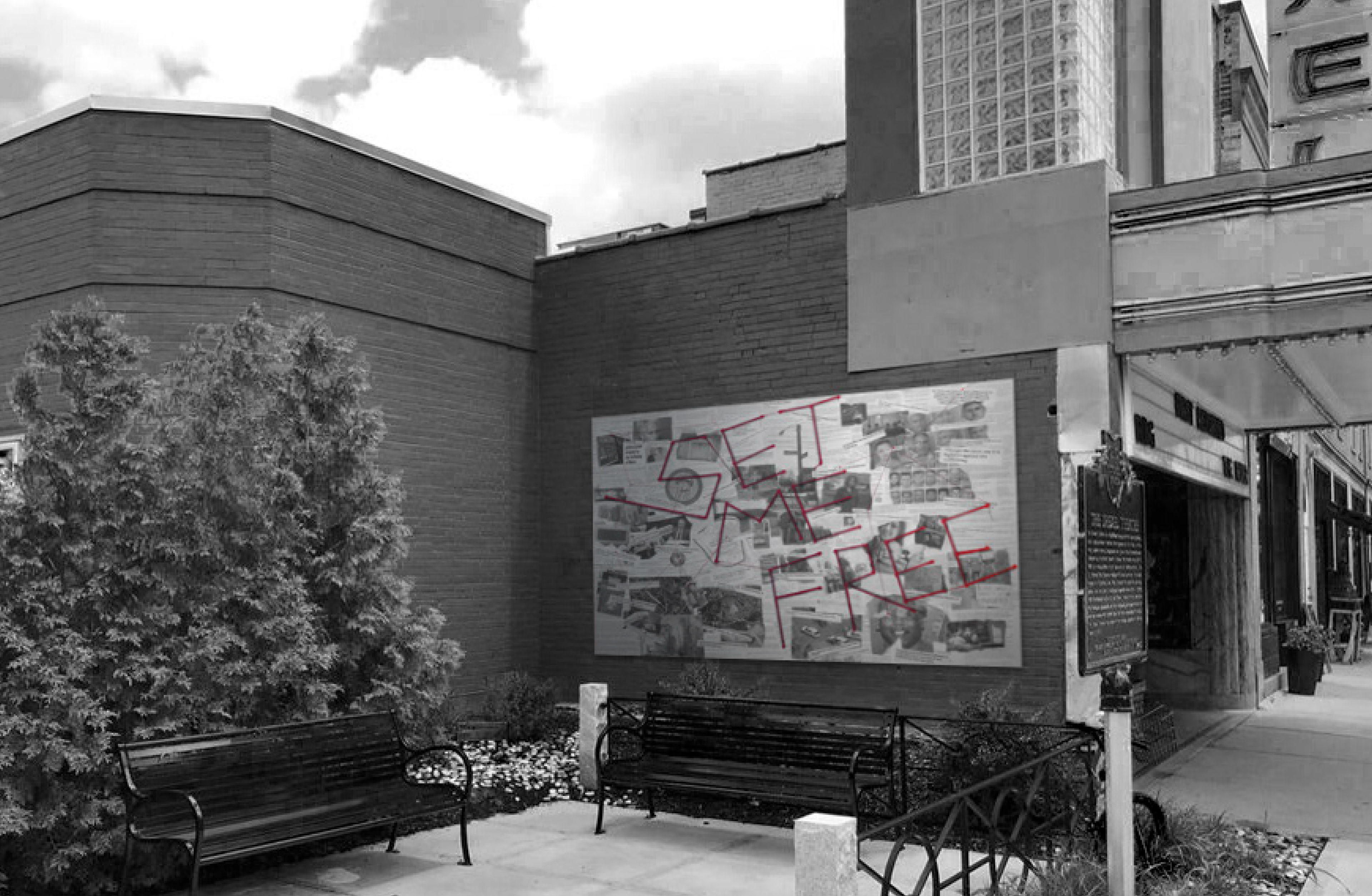 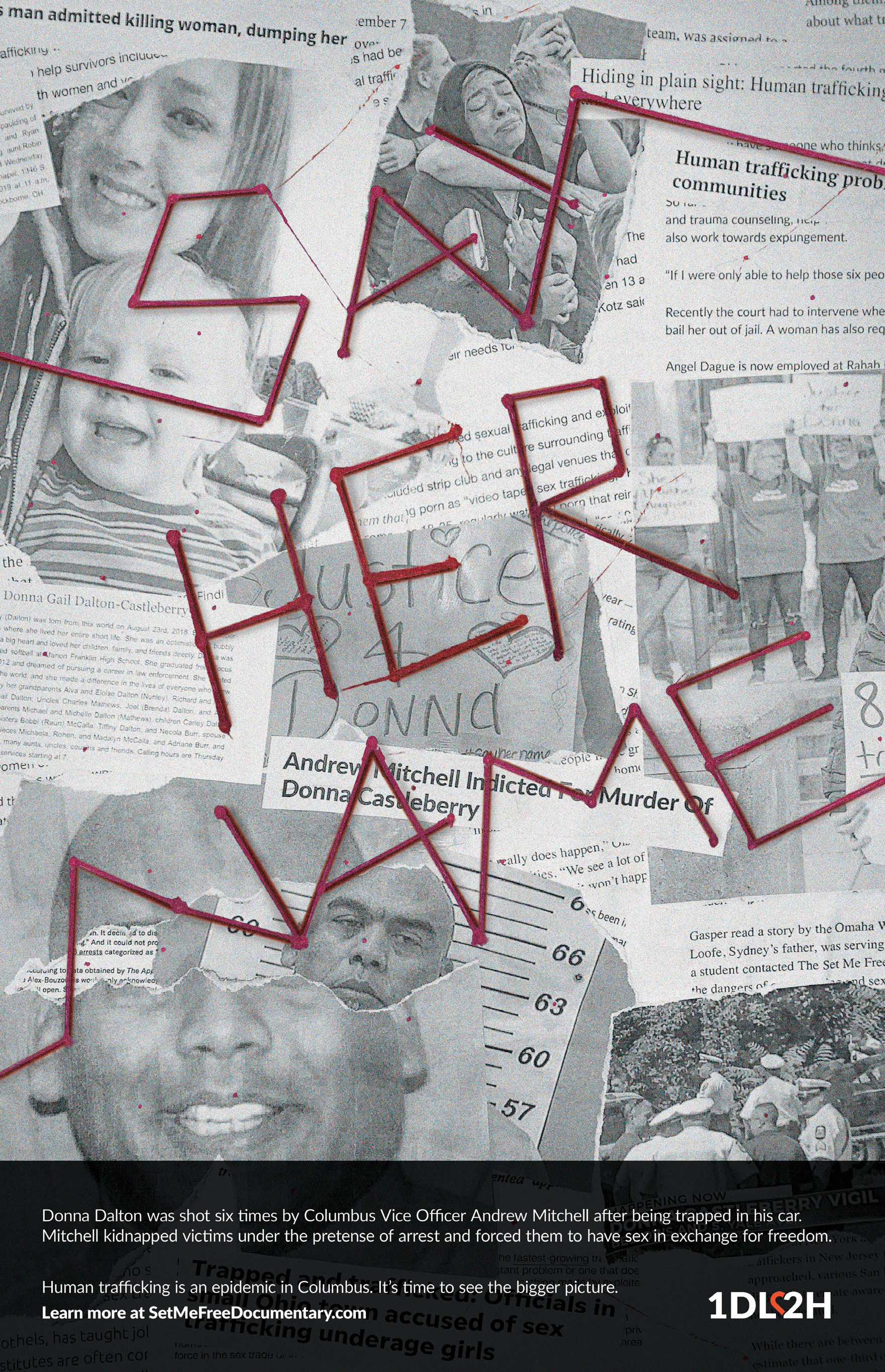 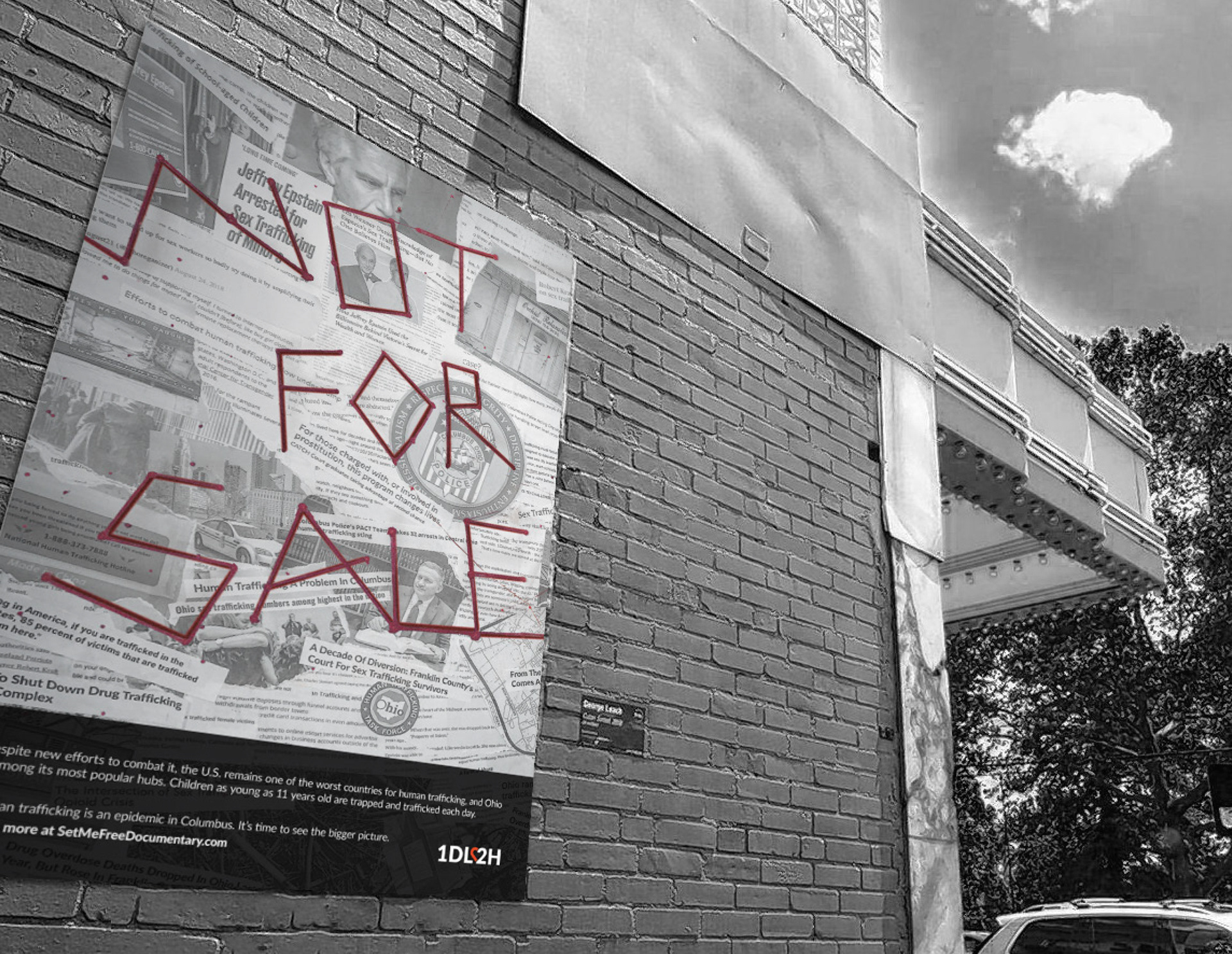 In conceptualizing a marketing strategy for this campaign, our group knew that the best way to convince people of the issue and encourage them to donate would be to tell them ourselves. So, I created a half-letter size booklet to be printed and bound with red stitching, that featured each member of the documentary crew and a paragraph of their 'reflections' from filming. This booklet would be passed out at fundraising events and at the premiere of the documentary, with a call to action for readers to donate. 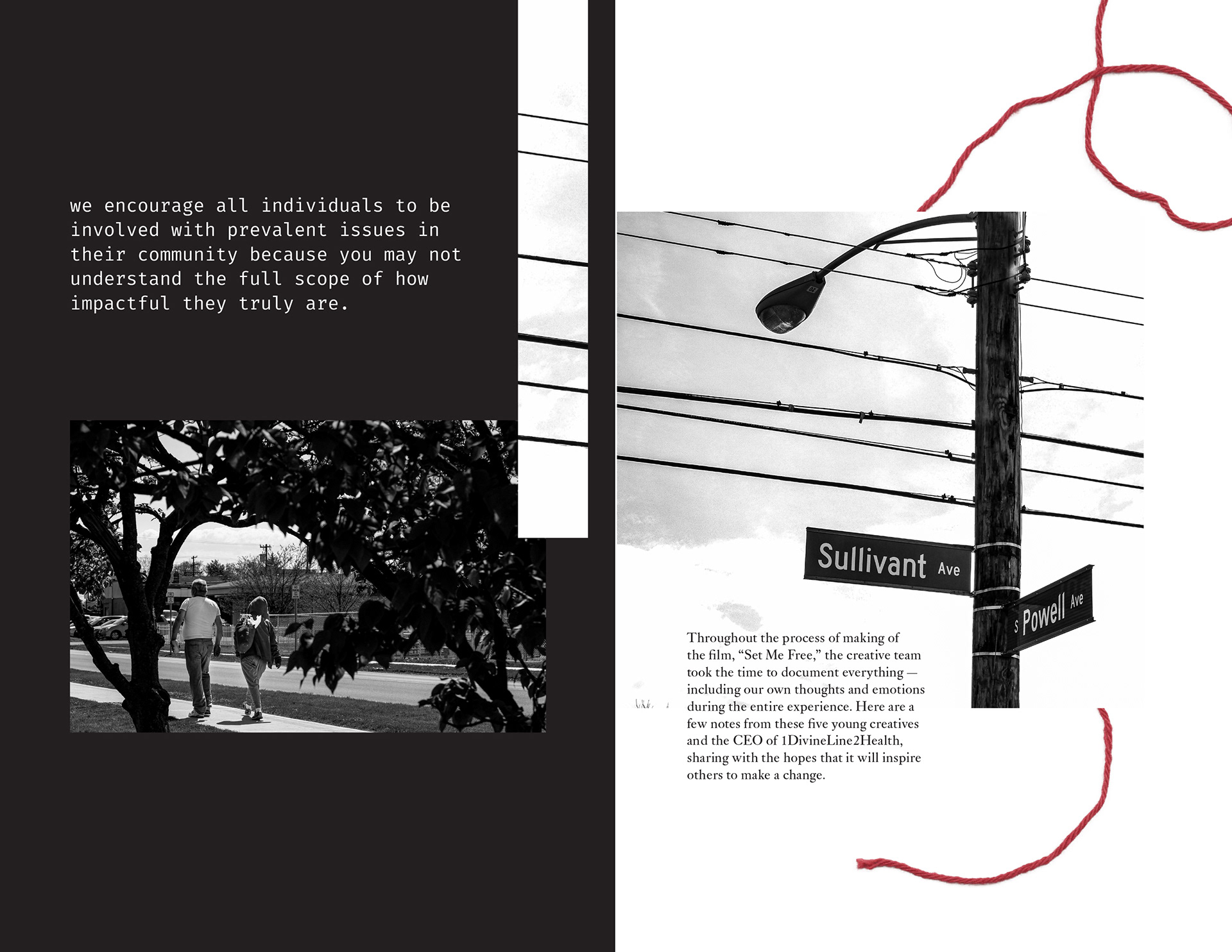 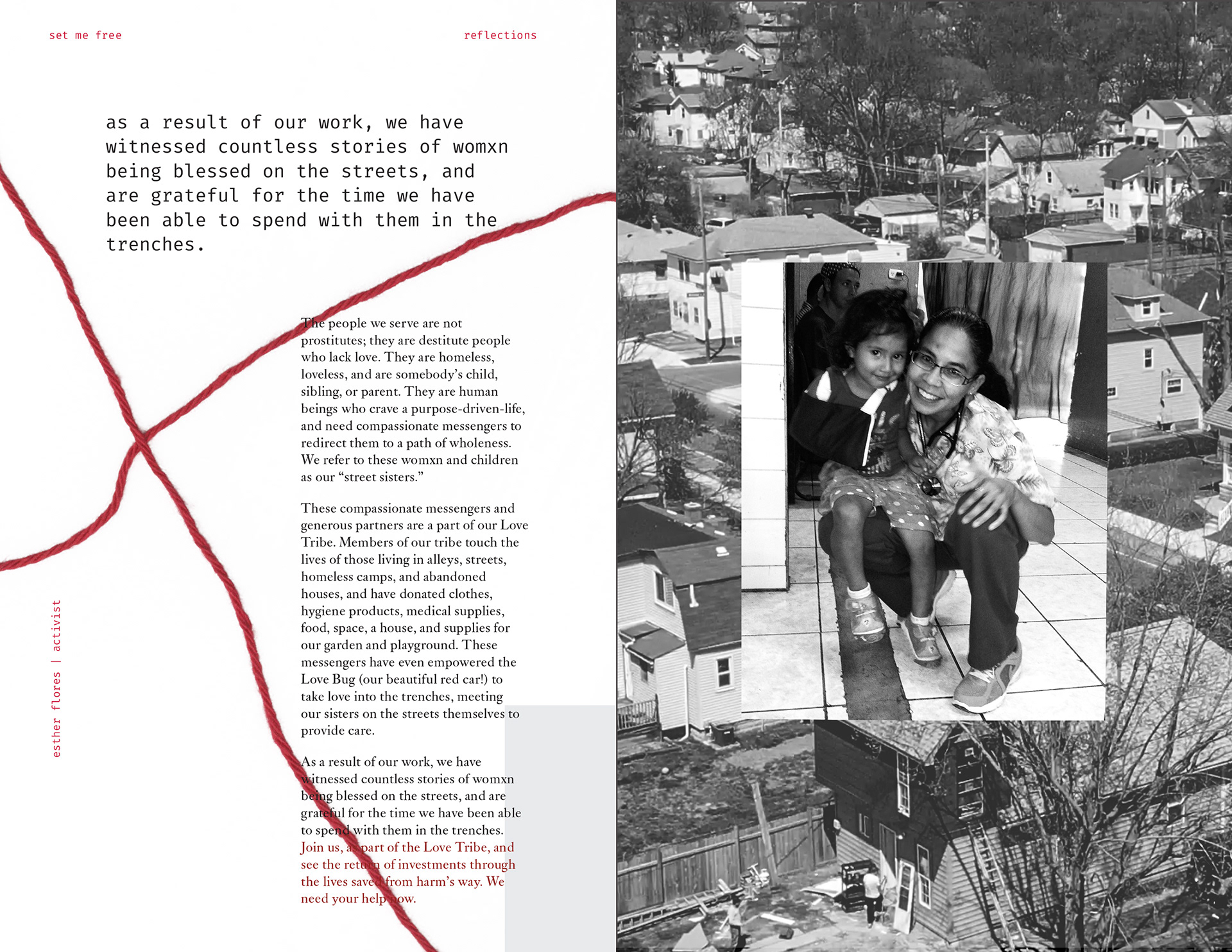 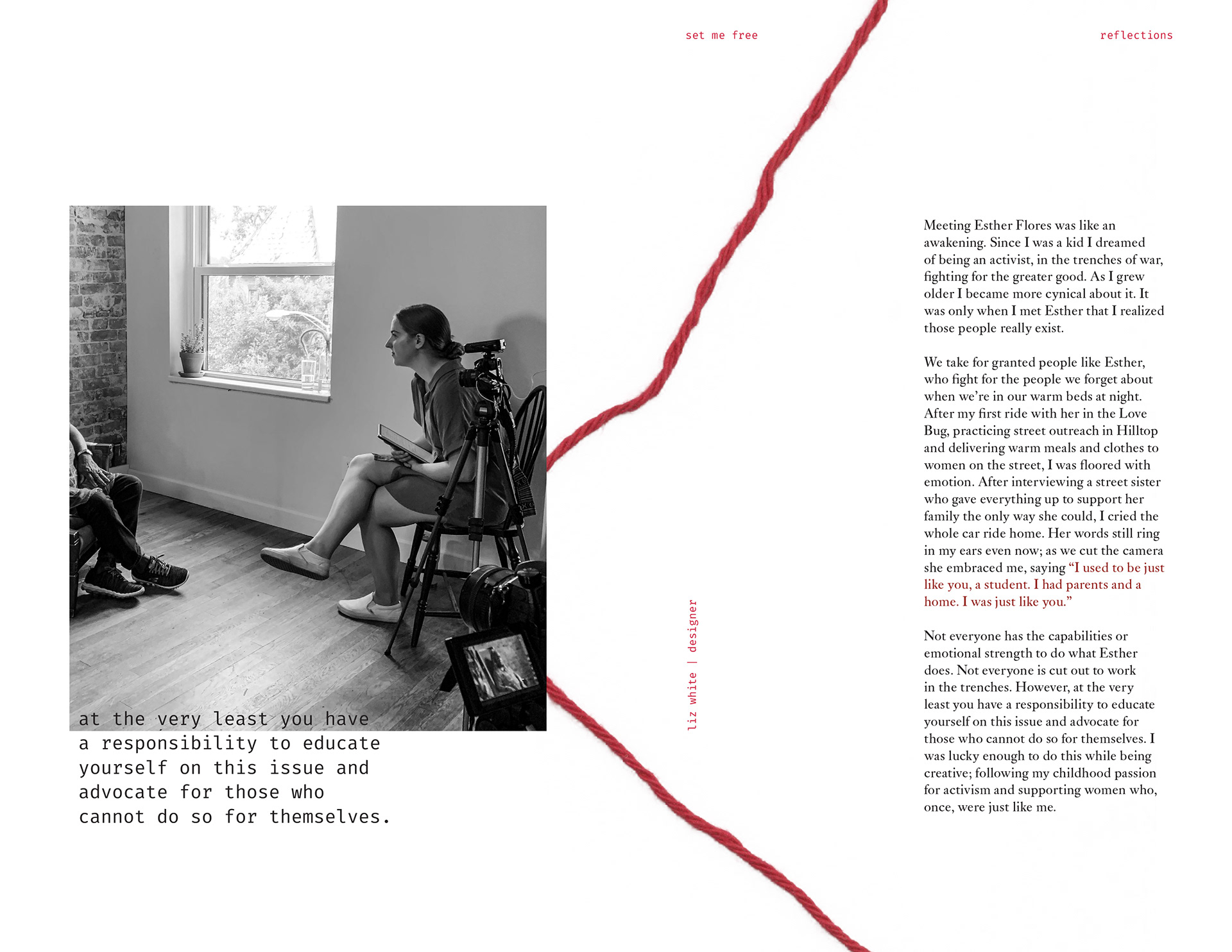 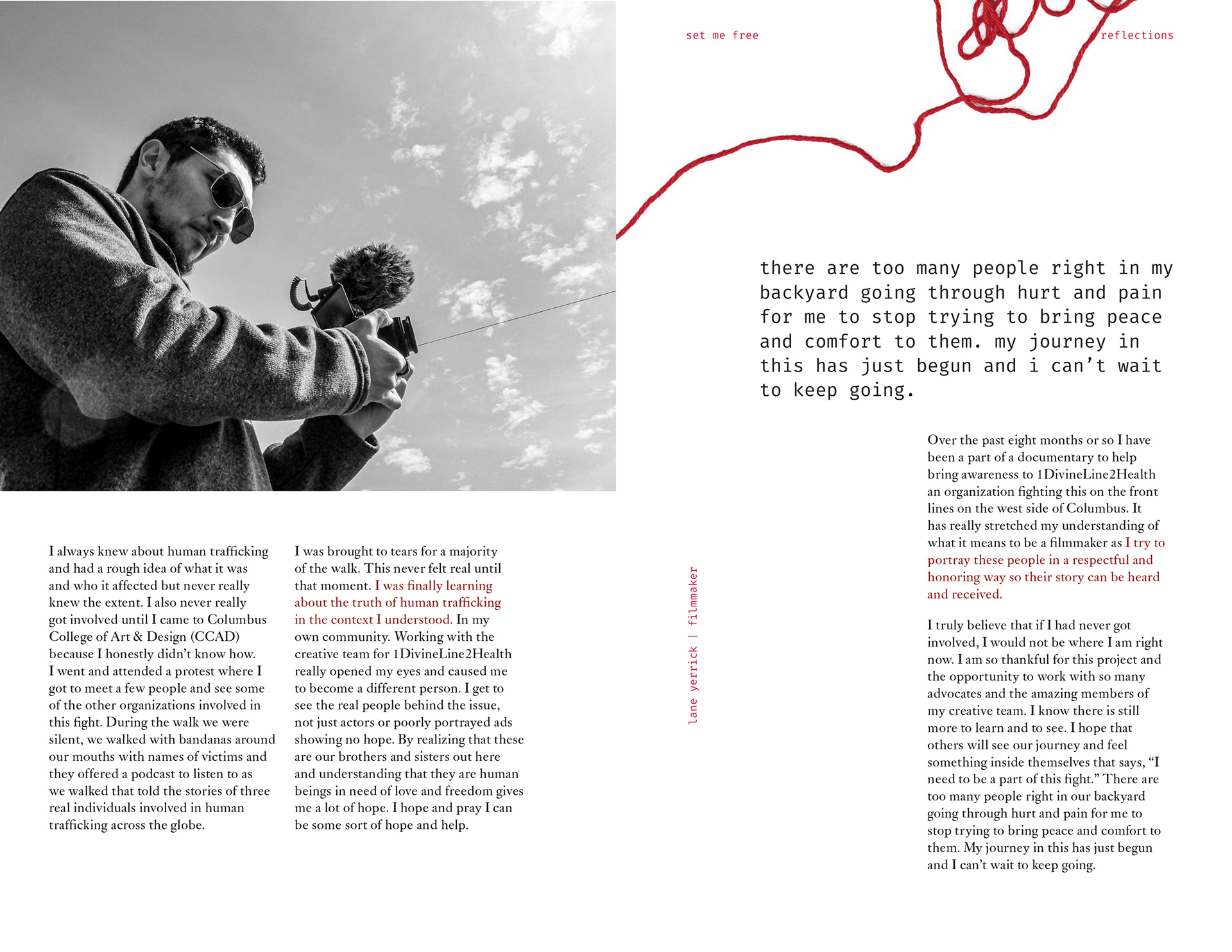 Documentary Premiere Website Design
We wanted a website for the premiere that presented the information to the viewer at two levels of detail: basic and extended. For viewers who are in a hurry, and just want to get to the point, they can click 'see the premiere' on the home page and watch the trailer. For viewers genuinely interested and want to learn more, they can click 'get involved,' and have more options to donate, post on social media, and learn about the organization. The site creation was part of a group project, and is designed with both mobile devices and larger displays in mind.

A look at the homepage I designed on both desktop and mobile screens. The page has a GIF background that spells out the name of the documentary in red string - optimized for web so it does not hinder loading speed.